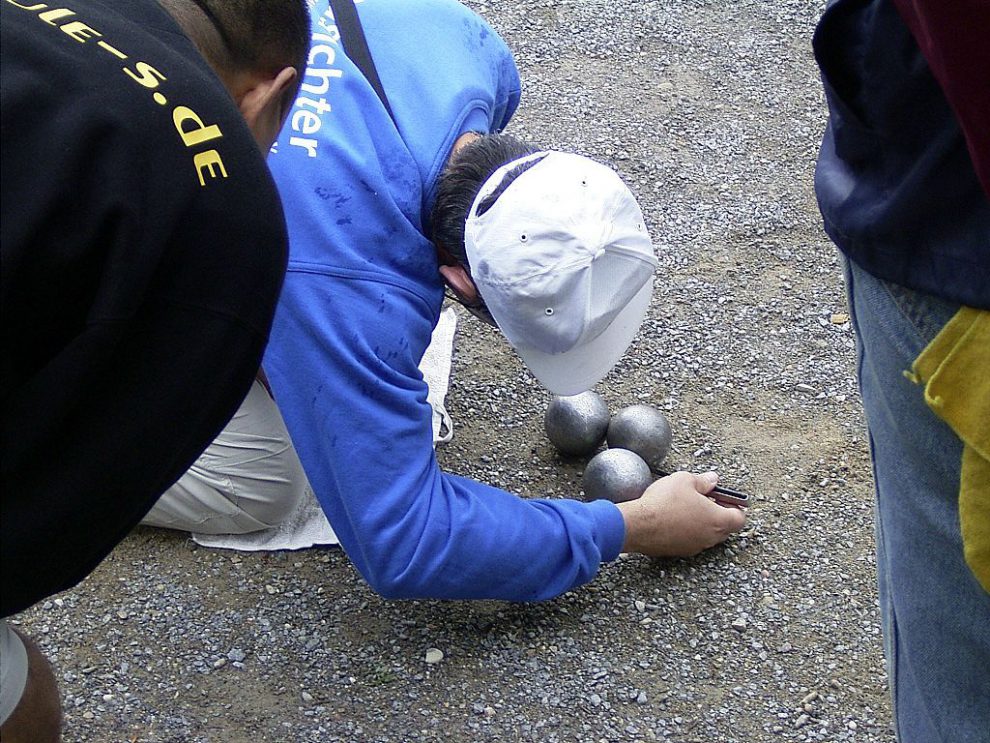 We have already covered some of the rules of the game in a segment where we compared the game to bocce. We have decided to go in a little bit deeper and explain the rules of Petanque and how to play it. There are many variations of the game and they have their own variants of the rules. We will only focus on those dealing with Petanque.

To play Petanque, you need boules and a cochonnet. Boules should be made of metal, 7.5 cm in diameter (about 3 inches) and weigh 700g (about 1.5 pounds). It is important that each team’s boules have specific groove patterns that help distinguish the boules from those of the opponent. The cochonnet is the target ball, or jack, and it is smaller than the other boules. It should be 3 cm in diameter (about 1.2 inches).

The game is played by outlining the play area, or terrain. This can be done with chalk, rope, or anything else that works. The terrain is 50 cm in diameter. This is where all boule-throwing takes place.

After deciding who gets to go first, which is done by tossing a coin, the team that won the toss would throw the jack outside the play area. You can toss the jack anywhere you wish, as long as it’s between 20 and 30 feet away from the play area and at least 3 feet from any obstacle.

The first step in playing the game deals with choosing/making teams. There are only two teams in the game of Petanque. Both teams have to have the same number of players. You can play Singles, or one-on-one, Doubles, or two-on-two, and Triples, three-on-three. In the Singles, each player is given three boules. In Doubles, they each have two boules. In Triples, like in the Singles, each player has three boules.

When you throw the boule, you must do it from within the circle with both feet pressed firmly on the ground. The first team throws the first boule and tries to get as close as possible to the jack. You are allowed to hit it. The player can’t leave the terrain until their boule has landed.

The opposing team then takes a shot at landing their boule closer than the first team. If they succeed, the first team comes back to take away the advantage and if not, the second team has to keep throwing their boules until they take the point or run out of boules. You are allowed to hit the opponent’s boules and some people take advantage of this to try and push their opponent’s boules away from the cochonnet.

When all boules have been thrown, it is time to score the points. The team that has its boule closest to the jack wins a point and additional points for every boule that is closer to the jack than the closest opponent’s boule. The other team wins no points.

After calculating the score a new round begins, with a new play area centered on the final position of the jack. The game ends when a team scores 13 points. There is no limit on time or the number of rounds. 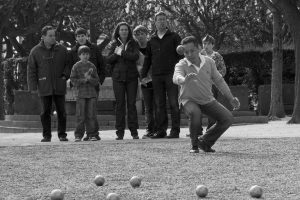